But For The Grace of God 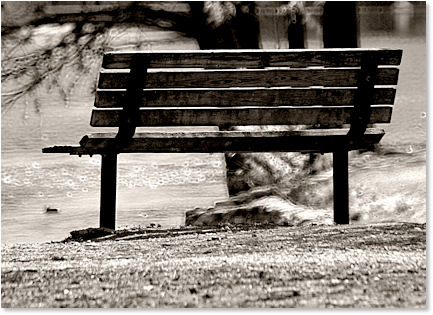 It isn’t often that I get involved in the political discussions within the online community that I run. Today though, one of the conversations set off a strong feeling of anger inside of me. It took everything I had not to ask people what in the hell was wrong with them.

They were ranting about homeless people, telling the stories we have all heard before, about some homeless guy scamming them out of a few bucks and how the homeless don’t really want to work.

I finally responded, but with my heart, not anger . . .

It was a stunningly beautiful morning in downtown San Antonio, the kind of day that hopes and dreams seem to be within reach and life just feels good.

Casually strolling through the park, drinking my coffee, and waiting for the stores to begin opening, I passed by a lady sitting on a bench without much thought.

Her belongings surrounding her, likely all she had left in the world.

I think maybe homeless people have become nearly invisible to many. I think they had become so to me. I had simply stopped seeing them.

The look in her eyes nearly dropped me to my knees, the look of utter despair. She wasn’t looking at anyone; she was not asking for help. It was clear that she had simply given up.

As I continued to walk, her face haunted my thoughts.

I had turned around and walked back to her before realizing I had taken a single step. I handed her a few bills, telling her I knew it wasn’t much, but maybe it would help today.

She looked up at me with tears in her eyes and thanked me quietly.

I have looked for her several times since, wondering what happened to her, if she found hope, where she has gone.

Don’t tell me the stories of the panhandlers refusing to work.

Don’t tell me about the guy you gave twenty bucks to and he walked into a bar and drank it up. I don’t want to hear it. I truly don’t care because I believe they are the exception.

The fact is, there are people out there just like you and I, but for whatever reason they lost hope. Women, children and families struggling just to find a place that will allow them to use a restroom today, and we just look away . . .

There but for the grace of God go I.

A few minutes later, I followed up with this response to the conversation . . .

For what it is worth, San Antonio is taking a stand to make a difference in our community. The place is appropriately called “Haven For Hope”. They will be going beyond providing a safe place to sleep. They will be transitioning people back to independence. It will be open by fall.

Treating the root causes of homelessness with a wide array of social services in a single and central location resulted in a 60% success rate (defined as a year of totally self-sufficient living). Campuses in San Diego, Miami, Phoenix and St. Louis were among some of the operations reviewed and analyzed to develop a set of operational best practices. Critical campus services include education, job training, day care, substance abuse treatment, medical care, identification recovery, case management, animal care services, hygiene, etc. www.havenforhope.org

When Southern Women Get Cold

When life threatens to overwhelm you, search out t